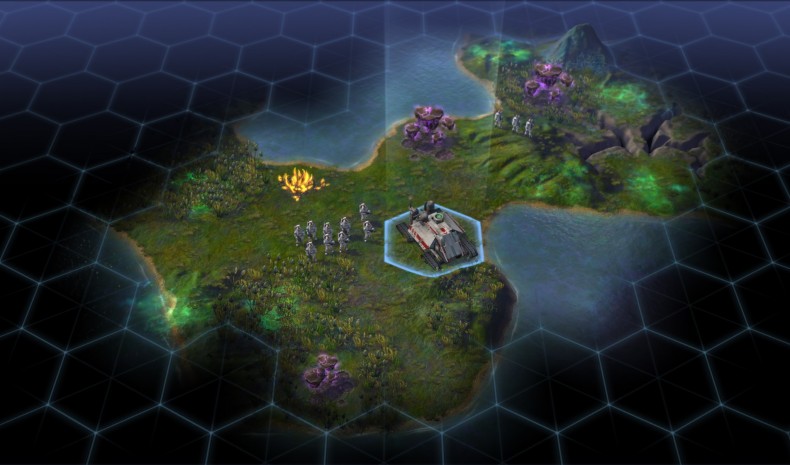 Update: Firaxis has since confirmed that they are indeed makingÂ Civilization: Beyond Earth with the following trailer:

Take this with a pinch of salt, but a user on NeoGAF has found what may appear to be a brand new title in the Civilization franchise. Supposedly, user “miladesn” claims that when he/she searched in “firaxis” (relating to Firaxis Games, one of the developers behind the series) or “civ”, the ad you see below is what appeared.

Subsequently, if you search for it on Google, you will struggle to find anything related to it. Either this is fan-made, or it could well have been a slip up internally by Firaxis or even a retailer! Remember when Amazon France accidentally posted an advert for Black Ops II back in February 2012? Oh yes, it happens my friends, and this could be the very first leak of many.

Naturally, a discussion has broken out on the page and users have taken to the potential leak with arms wide open. One user has posted a link to a French website “jeuxvideo.fr” (Jeux, according to Google Translate, means ‘games’) where a lengthy article has been posted. Grab the salt everyone. The article is apparently detailing an interview with two Firaxis Games developers; David McDonough, who is the lead designer, and Will Miller, who is one of the game programmers. If this is true, it definitely highlights some important aspects to the game. Here is a quick list of a what is partially mentioned:

The user posted a picture of the cover art, reportedly showing a pilot, holding his helmet, looking out through a window over Earth. What seems to be a satellite/ship is shown orbiting the planet. This would coincide with the aforementioned info, but don’t forget that salt you pinched.

A couple of tasty screenshots were posted too. These unique shots provide us a perfect chance to analyse. As we can see from the first picture, hexagonal tiles are painted across areas which have yet to be discovered. The terrain itself is composed mostly of craters, hills and shrubbery, indicating the planet that the payer is on, is mostly of a natural build; that is, there hasn’t been much in the way of intelligent interference like structures or buildings. The environment looks to be of the “Fungal” biome, one of the new unique planet types mentioned above. The units themselves look to be facing on another in a battle; the top picture shows a form ofÂ vehicle, most likely a tank or transportation, and a group of soldiers. They seem to be joined by a second group, who are proceeding to attack a large creature protruding from underneath the surface. It appears to have a large, snap-like jaw, probablyÂ to devour units in one go. Nasty. Civilization: Beyond Earth wouldn’t herald the first time it has dipped its toes into a futuristic backdrop: Sid Meier’s Alpha Centauri, released for PC, Mac and Linux back in 1999, saw you try to build an empire on planets within the Alpha Centauri star system. Unfortunately, publishing behemoth EA held and still do hold the rights to this title and, despite them publishing it to extremely positive reviews and becoming a fan favourite, there has never quite been talk of a sequel. The cover of Civilization: Beyond Earth does indeed confirm this, as the publisher is apparently 2K Games. Sid Meier still works for 2K Games and together they have created and published many of the most popular Civilization titles, including the most recent Civilization V.

So, are we looking at a potential E3 reveal this year? Perhaps PAX East can shed some light on the subject? Or are we just being taken forÂ a ride on the fake train? The validity of this leak is for another debate, but one thing is for certain: this looks extremely edible as far as rumours go and, if turned out to be officially mentioned, it could send Civilization as a whole into the stratosphere and beyond!

What do you want to see in a brand new Civilization game? Is space going to be one small stepÂ too far? Or is this theÂ beginning for something fresh and intuitive? Leave your thoughts below and stay right here on SpawnFirst for updates!

Make sure to clickÂ hereÂ toÂ discover where the original story came from.

I'm a short 22 year old with an unhealthy obsession for video games.
You might also like
2K GamesEALinux