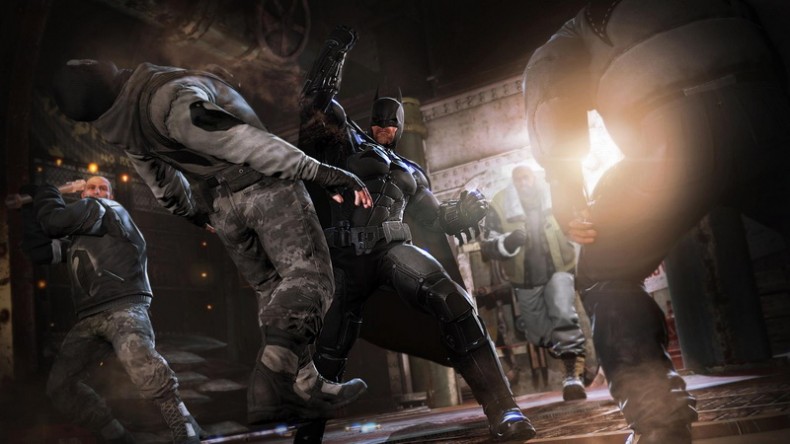 In another E3 disappointment, Valve have clarified that they will not be attending the prestigious event. Rumors surfaced they would attend and possibly showcase their first console the â€˜Steam Boxâ€™, in an attempt to compete for hype with the unveiling of the new Xbox and the PlayStation 4. It has now been confirmed Steam will not grace E3 with their presence. This also suggests that the â€˜Steam Boxâ€™ is not even close to complete because if it were Iâ€™m sure Valve would want to flaunt it to the public. Ken, from Streetfighter, is hiring a lawyer as we speak

Thereâ€™s more sad news for fans of the Batman Arkham series. Not only are Rocksteady not working on the game but it has also been confirmed that the voice actor for Batman in the past two games, Kevin Conroy, wonâ€™t be returning. Although Conroy has been fantastic in Batman roles previously, developers WB Montreal are looking for a â€˜younger actorâ€™. Without both Rocksteady and Kevin Conroy, fans are speculating whether this game will live up to the previous games or not. But only time will tell if WB Montreal can make a mark and create another Batman masterpiece similar to its predecessors. However, with bad news comes good news: screenshots have been released, showing villains such as Deathstroke and a younger version of Penguin. Batman was also shown in these screenshots, although not much has changed regarding his appearance. Watch Dogs, an open-world action-adventure game will be available for PlayStation 3, Xbox 360, WiiU, PC and has been announced as a launch title for the PlayStation 4. More exciting news is that the game is â€˜also planned for other next-generation consolesâ€™. Whether this applies to the new Xbox or the Steam box or both is still uncertain. The game will be released in North America on November 19th and later in Europe on the 22nd of November. With this announcement comes a trailer, labeled â€˜Watch Dogs â€“ Out of Controlâ€™. Call of Duty: Ghosts has already been preemptively announced due a mistake by retailer Tesco, yet more information still continues to float around the web even after the removal of the original listing. The product listing on Tescoâ€™s website claimed Call of Duty: Ghosts will be â€˜built on an entirely new story, setting, and cast, and all will be powered by a next-generation Call of Duty engineâ€™. The next-gen engine and the usual release date of mid-November, suggests that Call of Duty: Ghosts will hit around the time of release of both the PlayStation 4 and the new Xbox. I never saw that coming (/sarcasm)

Former Staff Writer Mark is an Irish student passionate about games. He enjoys playing sports such as soccer and rugby, but loves playing video games at any time possible. Mark plays mostly on the Xbox 360, but also plays on the PC from time to time. He is a multiplayer manic and also loves to delve into deep storylines within RPGs.
You might also like
batman arkham originsCall of Duty GhostsPlayStation 4