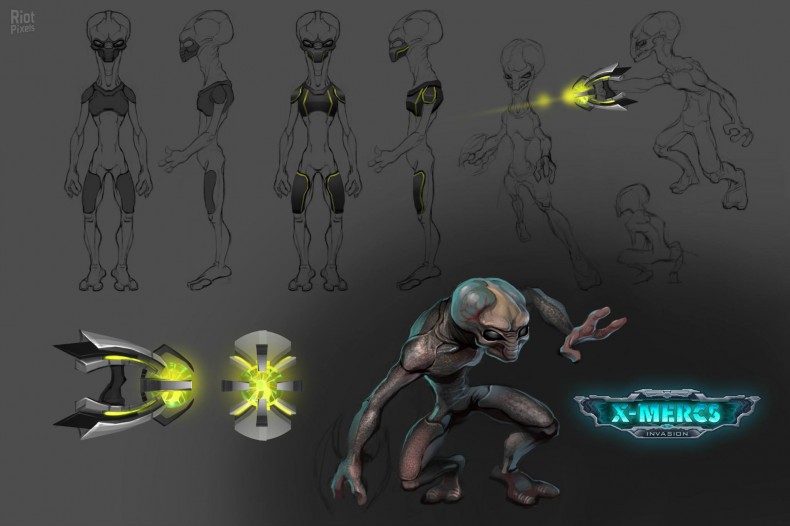 Today, Game Insight, Those guys who publish and develop free-to-play games, released a new, and first, gameplay video of an upcoming iPad game called X-Mercs: Invasion. The game will allow you to be the head of a military force, who has to stop alien invaders in their tracks. Building and upgrading structures, commanding your team, and operations carried out by the squads you control will all be covered in the new video.

There seems to be a great deal of character customization, and by character I mean your troops, and great third person follow cameras when you are moving troops, firing, or taking cover. A lot of the characters look like beefed up Spartans from the Halo series, nonetheless, I’m looking forward to its release. Especially building my own base, Snazzy.

“Are you ready to take the reins of the future military corporation? Build your own base, gather a team of professional fighters, study alien technologies and turn the formidable alien weapons against their creators. Only you can stop the invasion!”

Staff Writer Luke "FoxJester" Cobham can be seen in the wild helping other folk with their various plumbing problems and disasters. Commonly you will see him wade into a vast sh*t storm in order to save the others drowning within. Less frequently seen however, is when the majestic FoxJester is hidden in his man cave playing numerous video games, or beating people senseless with large bladed weaponry, in which he has been training with since 7 years of age. Video game Journalism however, seems to be this creatures true calling, throwing news, opinion pieces, and reviews at Spawn First as if he were a crazy poop throwing Jabberwocky. Oh, and he's Canadian.
You might also like
gameplaynews