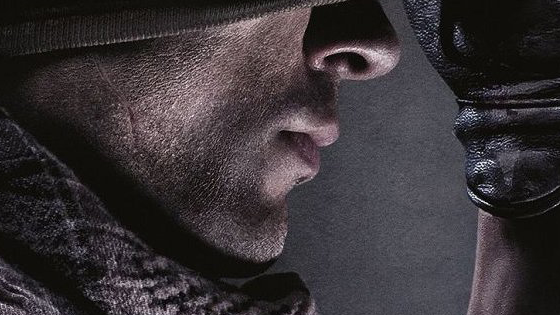 This week plenty of rumors have become reality, especially when it comes to Call of Duty: Ghosts. Although retailers Tesco had released the name and art work of the game already, these werenâ€™t 100% guaranteed, until today that is. A promotional poster confirmed that the next Call of Duty will be titled â€˜Call of Duty: Ghostsâ€™ and that it will be released on November 5th, 2013. Along with the confirmation of the title, the box art is exactly the same as everyone expect. No surprises here, just clarification. For you UK Xbox owners, thereâ€™s a free gold membership weekend this weekend from May 3rd to May 5th. If youâ€™ve run out of gold membership or have yet to try online, hereâ€™s your chance. This means youâ€™ll be able to play online, talk to your friends or use apps like Netflix all weekend to give you a taste of what perks gold membership offers. After the weekend you will no longer have these free privileges and will have to pay to continue receiving these benefits.

The three GTA:V trailers have been released, each trailer showing the story behind each playable character. The first character, Michael, is a rich dad who has grown tired of his life as he â€˜wants something that isnâ€™t thisâ€™. In the trailer we see the â€˜miserableâ€™ father who is â€˜addicted to chaosâ€™ robbing a bank, holding hostages captive and raging more often than a Call of Duty player. The second character, Franklin, is an â€˜ex-gang bangerâ€™, trying to leave that aspect of his life behind him. This trailer is full of chase scenes as Franklin and his gang attempt to avoid the police. The constant presence of green clothing in this trailer suggest that the gang may have an affiliation with the gang â€˜Grove Streetâ€™, the gang CJ was apart of in San Andreas. As their primary color and preferred clothing colors was green, one could assume that Franklin is either in â€˜Grove Streetâ€™ or in another similar gang. Trevor is the final character we meet who is â€˜a major drug dealerâ€™. In this trailer we see Trevor punching and fighting multiple people, one of whom is an elderly man. We also see that this wackjob may be vital to Michael as both are shown together in this trailer multiple times. We donâ€™t know much about Trevor, besides heâ€™s â€˜new in townâ€™ and heâ€™s â€˜making friends, a lot of friendsâ€™, but his overall craziness and bizarreness will make him most fans’ favorite.

Former Staff Writer Mark is an Irish student passionate about games. He enjoys playing sports such as soccer and rugby, but loves playing video games at any time possible. Mark plays mostly on the Xbox 360, but also plays on the PC from time to time. He is a multiplayer manic and also loves to delve into deep storylines within RPGs.
You might also like
Call of Duty GhostsGTA 5GTA V