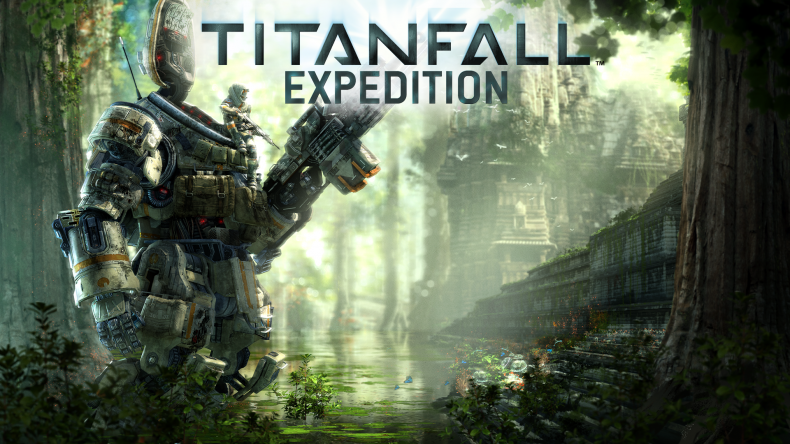 As great asÂ Titanfall’s multiplayer is, it does not contain nearly the amount of maps games such asÂ Call of Duty: Ghosts or Battlefield 4 do. But the insipidness is about to pass, because Titanfall is getting its first map pack DLC in May. Â The map pack is calledÂ “Expedition” and it will feature three new maps.

First up is ‘Swampland’, a mysterious area that seems to be extraterrestrial in origin. This map will boast a playing field covered in massive trees, treating the players to a different dynamic within the multiplayer. Next up is ‘Runoff’, a map that will feature water, “Drop your socks and put on your crocs, you’re about to get wet on this ride!” And last for the first round of upcoming maps, is ‘War Games’, a map hosted within the game’s training simulation program.

“Expedition” comprises the first of a total of three map packs, all of which are included in the Titanfall season pass. It was announced back in March, and is available for $25. But the great thing is that by buying the pass, you save a total of $5, as opposed to paying it extra were the three map packs to be bought separately. Clean those guns and oil the Titan gears, Pilots! Your conquests will now take you to unknown territory.

Senior Staff Writer Rudolf is a Journalism graduate who has an obsession with video game collectorâ€™s editions, which is matched only by his objective of moving to Canada and firmly establishing himself as a games journalist. His taste for adventure can only be satisfied by action-adventure games, sizzling steaks and dreams of gliding through the air on a snowboard.
You might also like
Battlefield 4Call of Duty GhostsTitanfall