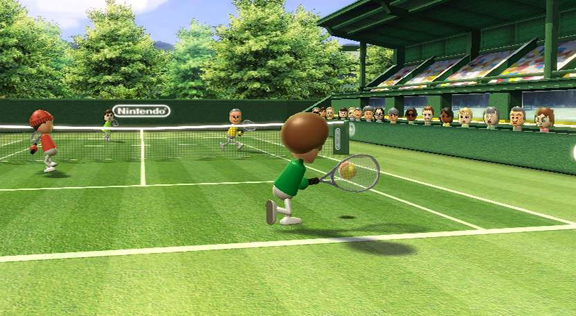 Obviously, there will be graphical improvements to the game, but there will also be other additions. All sports will come with online multiplayer and they will also have enhanced controls due to the Wii MotionPlus.

You may download Wii Sports Club free of charge for a 24-hour trial of the available sports. After this, you can either pay for a Day Pass (Â£1.79), which will let you play for another 24-hour period, or you can buy a permanent passÂ forÂ each sportÂ (Â£8.99 per sport). Both Passes will be available on the eShop.

Also availableÂ on the eShop from November 1stÂ will be a 31-day trial of Wii Fit U. This trial will be available until January 31st, and the 31-day period won’t start until Wii Fit U has been played. However, you will need a balance board to play the game. Once the trial is over, players can sync an accessory called the ‘Fit Meter’ to Wii Fit U. The Fit Meter which will be available separately from November 1st will calculate your steps along with other stats and syncs this data to your Wii Fit U game.

Former Staff Writer Mark is an Irish student passionate about games. He enjoys playing sports such as soccer and rugby, but loves playing video games at any time possible. Mark plays mostly on the Xbox 360, but also plays on the PC from time to time. He is a multiplayer manic and also loves to delve into deep storylines within RPGs.
You might also like
NintendoWii SportsWii U