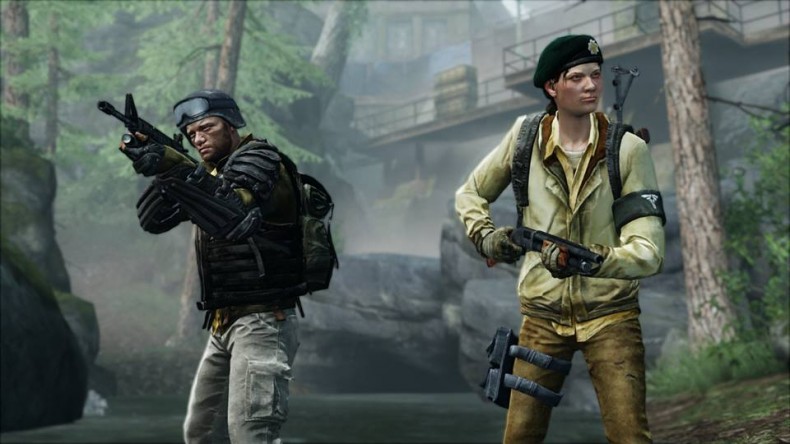 Naughty Dogâ€™s latest blockbuster, The Last of Us, is already receiving global acclaim.Â  SpawnFirst gave out Editorâ€™s choice award to the title, as well as its first ever perfect score.Â  And while the game might be geared toward an emotional single player experience, that doesnâ€™t mean the multiplayer has been forgotten about.Â  In fact, the focused, tactical, teamwork-based online has turned into some of the most fun you can have on a console period.

Thereâ€™s one specific reason I love to play online: Like a primal beast, I am highly intrigued by expressing my dominance over other inferior members of my species.Â  This is a multiplayer mode that is heavily based on skill and communication, so it is a prime environment for this type of behavior.

Is it really that much different from other multiplayer offerings, though?Â  I can already hear you asking that question and, oh my, it is a delightfully idiotic question.Â  Quite simply, yes.Â  It is nearly incomparable to anything else out there.Â  These are four reasons (off the top of my head, mind you) that The Last of Us has the greatest multiplayer ever.Â  And it doesnâ€™t even need downloadable hats.

So many games nowadays try too hard to accommodate every skill level.Â  Marvel vs Capcom 3 has an â€˜Easy Modeâ€™ that lets even the most inept monkey feel like an arcade stick wizard.Â  Call of Duty is notorious for putting in crutches that do nothing but help players who die a lot, and even have perks that are only activated by going on a dying streak.Â  Heck, some games are even simple enough for girls to pick up and playâ€¦

And I’m not just saying that because she has a flamethrower.

But in all reality, The Last of Us does a great job of separating the men from the boys â€“ but surprisingly enough â€“ newcomers wonâ€™t be ripped a new arse when playing online, similar to what happens so often in the MOBA and RTS genres.Â  If you can learn the basic mechanics and understand the finer points of survival, youâ€™ll find yourself at the top of every match.Â  Likewise, reckless morons that sprint around the map and lob grenades like your average Call of Battlefield: Medal Ops 5 players will get decimated.Â  Skill and patience is vital, and itâ€™s oh, so satisfying.

As much as companies like to advertise headsets as a tactical approach to online, we all know itâ€™s really nothing more than an object that lets you trash talk others and hear ridiculous accusations about mothers.Â  While that hasnâ€™t changed completely in The Last of Us, I have learned that my win percentage skyrockets when I can communicate with my teammates.Â  In a game where itâ€™s literally impossible to take out multiple enemies by yourself (unless you do so with stealth), having backup firepower, someone to tag hostiles, or a partner to revive you when injured is always beneficial.Â  Handling incoming Hunters with precision and accuracy always leaves a smug grin on my face.

It also leaves the door wide open for diversified strategies.Â  Having a medic on your team is just as important as an up-close-and-personal bruiser, and keeping a certified stealth expert on your team for flanking the opponent will result in easy kills while you’re busy making a distraction.Â  Thereâ€™s a load of unlocks, but none are gamebreakers; in fact, I almost exclusively use a single loadout based on staying quiet, and I created it after just my second match.Â  While I enjoy the stealthy route, Iâ€™ve played with someone that has a polar opposite playstyle, and he edged me out on the leaderboard a time or two (or ten).

Like, really terrifying.Â  Texas Chainsaw Massacre terrifying.Â  Any time you come across an enemy, one false step will get you killed, losing a team life in the process and denying yourself an Execution of your own.Â  When most matches come down to you only getting five or six kills, every enemy you see makes your heart race.

This goes double for the Survivor lobby, which gives you just a single life per round.Â  While this isnâ€™t necessarily a new idea, most other games will result in every damn person pitching a tent and camping.Â  But, because of vital resource stashes placed around every map, camping will do nothing but leave you vastly unprepared for an enemy attack.Â  Moving around will keep you alive and allow you to get the jump on enemies.Â  And when it comes down to a three-on-one duel and youâ€™re the teamâ€™s last hope, your underpants will tell you how petrifying â€“ and utterly engaging â€“ this experience can actually be.

4) Something Bigger Going On Hereâ€¦

The entire online offering is referred to as â€˜Factionsâ€™ from the main menu, and it is a much better fit than â€˜Multiplayerâ€™.Â  For those of you that havenâ€™t dipped into it yet, the main concept is that you run an ever-expanding clan on your own.Â  Instead of XP, kills net you supplies; in turn, these supplies help your clan grow larger and stay healthy.

Itâ€™s not an incredibly deep system â€“ on the surface.Â  The amount of supplies per match you need understandably increases as your clan grows, to the point where anything less than your best effort will put you at serious risk of losing clan members.Â  To put it simply, if someone plays too cautiously they could lose a GIGANTIC chunk of their members.Â  Having something constantly at stake during every game not only strongly encourages you to do well, but it also gives you a reason to tell your friends â€œNo you canâ€™t play.Â  I donâ€™t want you to screw up my account.â€

And after they get pissed off at you and leave, youâ€™ll be free to play the greatest multiplayer offering to date.

2 people like this
Articles, Opinions
multiplayerthe last of us

Former Contributor Nolan Alber is a college student from North Dakota. He enjoys rescuing puppies from burning buildings and beating up criminals on the streets, and often lies about his interests to make himself look better. Nolan is an avid gamer on PlayStation 3 and PC. He impulse-buys more video games than he can actually play, and is a fan of shooters and fighting games (even though heâ€™s terrible at the latter).
You might also like
multiplayerArticlesOpinionNolan Alber