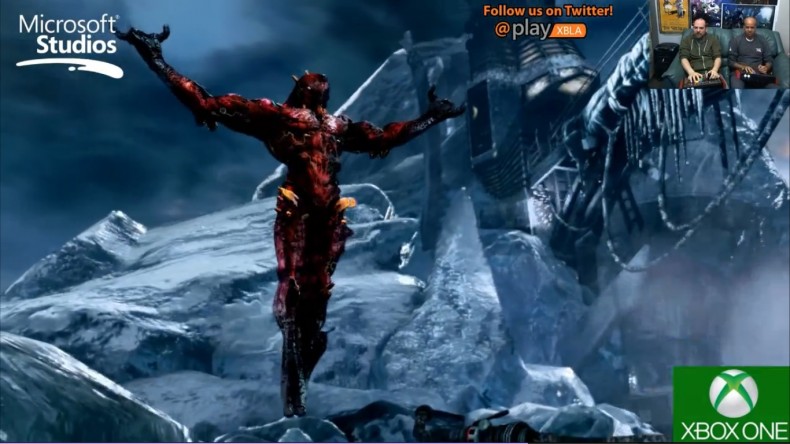 An unfortunate Xbox One owner has been experiencing problems with his new console, which sounds like it’s taking a jackhammer to any disc he inserts into it. Not exactly newsworthy by itself; after all, defective units have left a fair amount of both Xbox One and PlayStation 4 adopters with ludicrously expensive paperweights since they launched.

You can view the user’s profanity-riddled outburst at Microsoft’s laughable attempt at providing customer satisfaction and experience the ear-piercing sound of an Xbox One chewing on a disc below:

However, Microsoft -Â besides going through the usual routine of advising the user to either send the malfunctioning Xbox One to them to have it looked at or return it toÂ the retailer from which it was purchased –Â out of the goodness of their hearts offered him a free game by way of compensation.

Sounds reasonable enough, except the game he was offered was Killer Instinct, the Xbox Live beat-em-up that can in fact already be downloaded completely free of charge with all game modes available and one playable character unlocked. Customers can then choose to unlock the rest of the characters for a fee, but the disappointed customer wasn’t offered this additional premium content; merely the base game… which is already free.

News, Xbox One
Killer InstinctMicrosoftnewsxbox one

Former Staff Writer Mark hails from Cardiff in the UK and his interests include videogames (obviously), Marvel Comics and playing Pathfinder with his wife. Yeah, his wife. You WISH your wife was that much of a nerd. He also has an unhealthy obsession with Sonic the Hedgehog, which has resulted in him listening to the Sonic Generations soundtrack on a loop since he bought it. He no longer has any neighbours.
You might also like
Killer InstinctMicrosoftnews