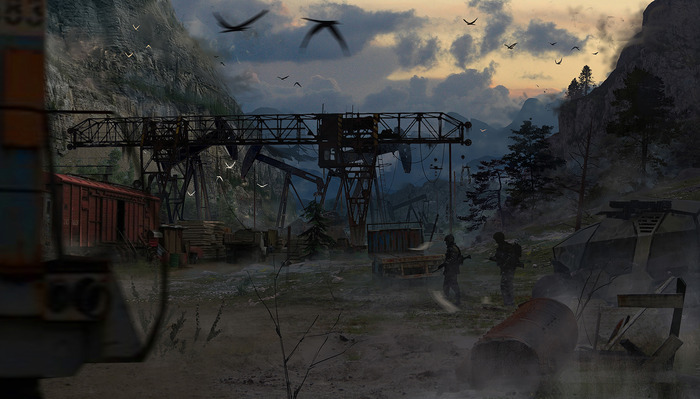 Areal has been shown to the public and released on Kickstarter, being called “the definitive spiritual successor to the cult hit S.T.A.L.K.E.R. series.”

The developers of the S.T.A.L.K.E.R. series are back at it again, with (hopefully) another classic to offer us. The Kickstarter began on June 24, its original goal being a very low $30,000, but it seems to have increased to $50,000. It’s a very generous goal amount considering an expected release on six platforms (PC, Mac, Linux, PS4, Xbox One, and Wii U). They currently have nearly 1,000 backers with around $35,000 pledged. The Kickstarter doesn’t end until July 24, so it is likely they will reach their goal.

Areal will have a very similar atmosphere to S.T.A.L.K.E.R., being a dreary, post-apocalyptic world where survival is key. This open-world, first-person shooter drops the player in a world that’s been devastated by ‘Metamorphite,’ an unearthly material that arrived by meteorite long ago and has corrupted the world.

Taking the non-linar route, every choice the player makes, be it through speech or murder, change the world. They boast it to not be limited by a good/evil system, but that different choices will have different impacts.

The game looks very promising. I’m hoping it pans out and we see it on all the consoles they mentioned. You can check out the Kickstarter here with more details on the game and pledge rewards.

Matt is a writer, movie enthusiast and above all else a gamer. Raised by werewolves, he has managed to (somewhat) integrate with society. He is currently attending Shippensburg University for Communication/Journalism with a Public Relations emphasis. After a three-year run at GameStop he finds himself here, doing what he loves. He mostly deals in RPGs, action-adventures and indie games, but he will play nearly anything. Chances are you will catch him playing the Mass Effect series for the hundredth time.
You might also like
Kickstarter