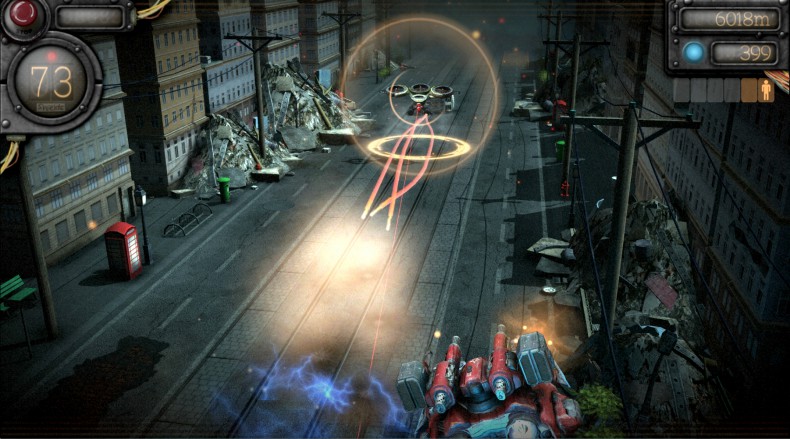 MechRunner, from Spark Plug Games, the developer of the iOS version of Puzzle Quest 2, is headed to the PlayStation 4 and Vita this summer.

The game met its Kickstarter goal on May 16 and has been in development for over a year. Its story is based around an actual event that happened in Tunguska, Russia, in 1908.

MechRunner  is an endless runner game featuring mechs, but Spark Plug is looking to set it apart from the pack by including combat sequences and boss battles. Spark Plug has promised a wide variety of enemies and weapons for the game.

MechRunner  will also allow players to upgrade their mechs between levels. All the levels in the game are procedurally generated.

Features Editor Buddy was a journalism major at the University of Alabama. He now spends his days writing novels that will probably never get published and wishing he were an extra in an Anthony Hopkins film. He's been gaming since he can remember and has owned every console from the NES to the TurboGrafx-16 to, yes, even the Phillips CD-i. He loves all games, but his favorite genres are shooters and RPGs. His favorite game is The Legend of Zelda: Ocarina of Time.
You might also like
Kickstartermechrunnerps4