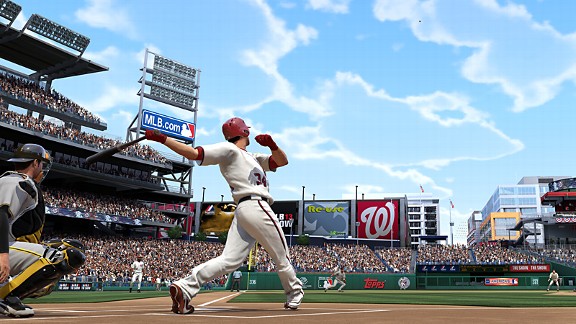 MLB 14: The Show is swinging on to all current Playstation hardware in the near future, making it the first next-generation baseball experience.

The successful franchise has been one of the leading sports series on Playstation, hitting portable and home consoles with general acclaim from fans of baseball and gaming alike.

MLB 14: The Show is still a bit of a mystery, but the game will definitely help round out the early PS4 release library, one thatâ€™s seemingly saturated with racing and shooting.

Baseball simulations translate well to interactive entertainment, and the improved power of the PS4 should bring a fidelity and precision not seen in the past.

Contributor Geron's been into games for as long as he can remember. From fighting Octoroks to studying graphic and game design at GMU, the guy's been around the block when it comes to interactive entertainment. When he's away from a console, he's working on his next piece of art. Fun Fact: his first published artwork was in issue #144 of Nintendo Power Magazine, when he was only 10.
You might also like
Next-Genps4Sony