Outcast Developers Look to Kickstarter for Remake, Sequel is a Possibility 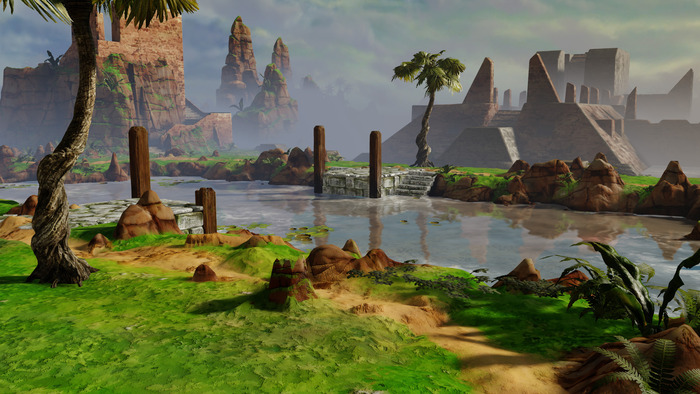 The disbanded developers of the popular adventure game OutcastÂ have re-united to remake the game in glorious HD on PC. With a Kickstarter goal of $600,000 USD, the team is looking to revamp their much-loved classic while also bringing in new fans.

“Our goal with this reboot is to broaden the audience by bringing new players into the OutcastÂ  world, while rewarding the OutcastÂ  community with a beautiful modern version of their favorite game.”, reads the Kickstarter page. “When that is successful, we can start thinking about a campaign for a full fledged Outcast 2.”

With enough fan commitment, Outcast 2Â could be right around the corner. By reaching 1.7 million USD, the developers will start work on on Kizaar, a “women island” that contains new quest-lines and activities. While this is not a full-blown sequel, it will act as a guide for the developers to consider the possibilities that creating a sequel could bring.

While mostly aimed at PC players, the updated game could see a release on current gen consoles, provided that the Kickstarter reaches the stretch goal of 1.35 million USD.

“You prefer gaming in your couch, on the big TV? We love that too. Help us move this fantastic game, with next-gen HD visuals, to the living room by bringing one of the best adventure ever on the new generation of consoles!”

The crowd-funded campaign is already coming along swimmingly with 29 days to go and already around $100,000 raised. At this rate, the campaign can hopefully reach their many stretch goals, continuing the legacy of OutcastÂ and making a lot of fans very happy.

Senior Staff Writer Colton Steury is a musician, writer, and fervent gamer who enjoys most any games, but is especially fond of RPGs, platformers, third-person shooters, and indie games. When he's not writing articles, composing songs, or gaming, you could probably find him eating potato chips and petting a cat. Generally, he is willing to accept potato chips/cats as currency.
You might also like
Kickstarter