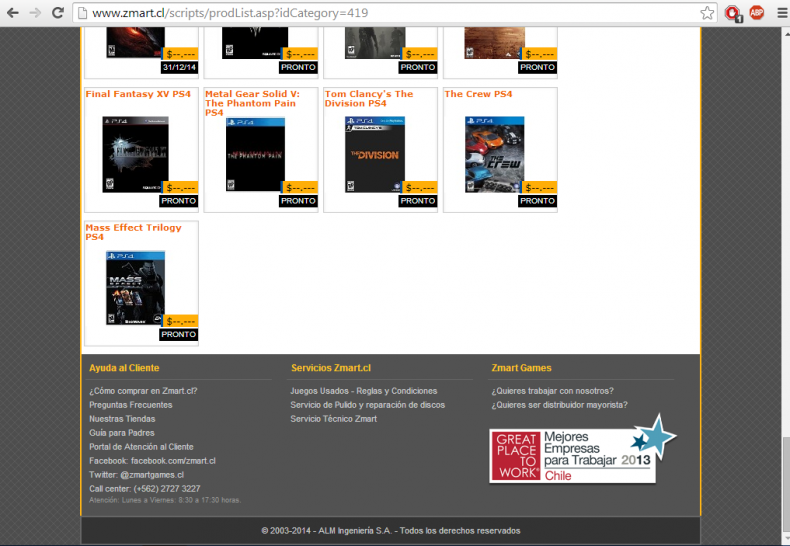 The Mass Effect trilogy is making it to the next gen consoles (which makes me want a next gen console more than anything now.) Thanks to Neogaf member Rushersauce who spotted a listing of gamesÂ for the PS4 on a Chilean retailer’s website. If the Mass Effect trilogy is coming out for PS4, then you better believe it’ll be out for the Xbox One as well.

Of course this could all just be a nasty rumor or a simple slip-up. But retailers tend to post possible upcoming titles on their sites that turn out to be true. It’s more than likely that the Chilean retailer is right with this one.

With Mass Effect 4 possibly being released in the spring of next year, Bioware could be re-releasing the trilogy to excite their fans for the newest game. Most fans probably already own all of the games along with the DLC. Hopefully Bioware takes that into account and allows the player to transfer data to the newest consoles. Saved data from the previous Mass Effect games could affect the newest game, allowing players’ decisions to make some sort of difference in Mass Effect 4. That incentive would give players more of a reason to rush out and pick up the re-released trilogy.

If Bioware does incorporate decisions from the Mass Effect trilogy, I know I will be buying the re-releases on day one. Mass Effect is one of those games that continues to entertain and amaze me; I will no doubt be kicking Reaper ass with next gen consoles if this turns out to be true. Watch out, next gen, Shepard has arrived.

ContributorLaura is a History student at Central Michigan University. When sheâ€™s not dishing out delicious cafeteria food to hordes of obnoxious freshmen or baking up cookies for drunk partygoers, sheâ€™s at home relaxing with either her computer, Xbox 360, or 3DS. For as long as she can remember sheâ€™s been holding a controller. From NES to Xbox 360, she canâ€™t remember a time before she loved video games. She can invest hours upon hours in RPGs (her favored genre), especially those brought to you by BioWare. Her only long-term goal is to become Commander Shepard and explore the final frontier.
You might also like
mass effectNext Gen Consolesps4