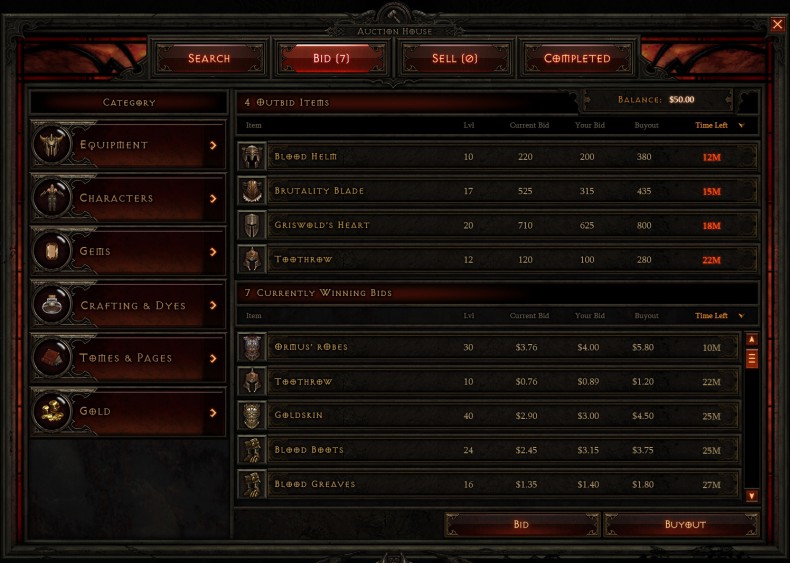 After two years of controversy (and pain), the real-money auction house in Diablo III  will be gone forever in two days.

It was closed back in March due to a number of bugs and exploits that had plagued it since its inclusion in the original PC release, but it was never completely removed. Anyone who still has items in the auction house must remove them by June 24 or kiss them bye bye.

At the Game Developer’s Conference in 2013, Diablo III’s director, Jay Wilson, said the auction house “really hurt the game.” Blizzard’s co-founder and president Mike Morhaime agreed, as did the entirety of Blizzard internally and many, many Diablo III  players.

Features Editor Buddy was a journalism major at the University of Alabama. He now spends his days writing novels that will probably never get published and wishing he were an extra in an Anthony Hopkins film. He's been gaming since he can remember and has owned every console from the NES to the TurboGrafx-16 to, yes, even the Phillips CD-i. He loves all games, but his favorite genres are shooters and RPGs. His favorite game is The Legend of Zelda: Ocarina of Time.
You might also like
BlizzardDiablo III