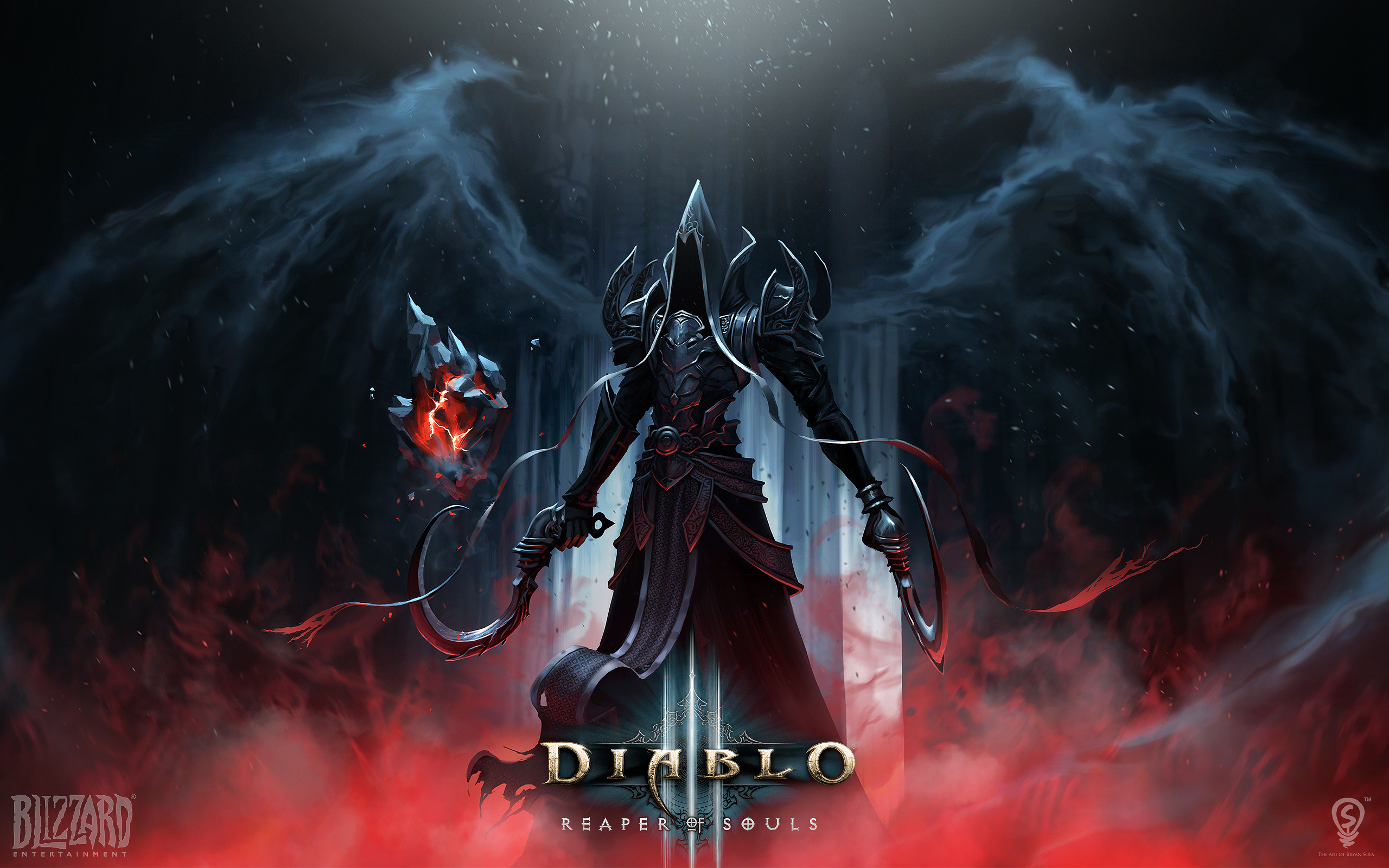 Relatively short campaign, almost too easy on lower modes, not too much change to multiplayer.

A great continuation to the lore with an epic primary antagonist. The concept of Death in physical form never gets old, whether it's for you or against you. The newly added content is more than enough to keep players busy with older characters or the Crusader, and the pre-released patch makes the expansion run quite smoothly.

Blizzard doesn’t often disappoint, and when they do, it’s minor things that one can easily overlook. Diablo IIIÂ received its first expansion, and was especially susceptible to rather severe scrutiny prior to release – probably Malthael‘s deathly aura that induced negativity to everyone’s expectations. But the pre-released patch that was thought at first to be built into Reaper of Souls itself, was in fact the paved road leading on to a new adventure.

The great demon Diablo has been defeated at the end of Diablo III, and cast into a Soulstone. Archangel-turned human, Tyreal, takes a bunch of guys underground to seal it away forever. However, former Archangel of Wisdom, Malthael, had adorned the title of Angel of Death and subsequently became the new primary antagonist as the actual Reaper of Souls. Very simple, right? Nailed it. And yet, its simplicity makes for some of the best content seen so far in an RPG expansion. Pushing me toward the cliff, are you? 300 much?

An entirely new campaign, and at the end of it all levitates Malthael. Usually, prepping for a final boss requires hours upon hours of grinding for the right equipment and leveling up a hero. Even as a huge fan of RPG’s, I can’t stand it for long when I keep getting the items I don’t need. Luckily, that’s been amended in the patch with the new Loot 2.0 system. Less drops, but better quality. And along with that, comes an entirely new class to the game: the Crusader. I don’t know how many of you know Grimaldus of the Black Templar Space Marines? The Crusader is like a mythical fantasy version of him. This holy warrior is an all rounder that can rain devastation from the Heavens above and smite Malthael’s forces of darkness with fearsome ranged attacks, or shatter their bones with fists of justice.

To top it off, the Crusader gets the cool armor.

But if you don’t like the Crusader for some weird reason, the level cap has been raised to level 70, so previous characters can be buffed up a bit more to reach new potential heights. And after Malthael is defeated, players can engage in a new Adventure mode comprised of five acts. This is essentially a post-game journey filled with extra quests and extra rewards. And then there’s also some nostalgia involved. When bounties are completed, items called rift keystone fragments can be collected. When five of them are in possession, a portal can be opened to randomized dungeons from Diablo III, merged with new content, to make it quite an unexpected and unpredictable experience. To even get to Adventure mode will already be a harsh journey, but luckily Diablo III’s multiplayer side has passed on to Reaper of Souls. But solo is of course the predominant way to go. And the game has difficulty settings in case it feels like those large groups of enemies shrug off even high tier area-of-effect attacks. Reaper of Souls doesn’t exactly add a whole lot of new innovation or content enough to beckon anyone to sacrifice sleep in order to enjoy it further, but it certainly is worth a couple of playthroughs, with old characters and the Crusader. And so it’s a great way to get back into Diablo III and to enjoy the new features, what with all the fixes of previously reported bugs, too.

Senior Staff Writer Rudolf is a Journalism graduate who has an obsession with video game collectorâ€™s editions, which is matched only by his objective of moving to Canada and firmly establishing himself as a games journalist. His taste for adventure can only be satisfied by action-adventure games, sizzling steaks and dreams of gliding through the air on a snowboard.
You might also like
BlizzardDiablo IIIReaper of Souls