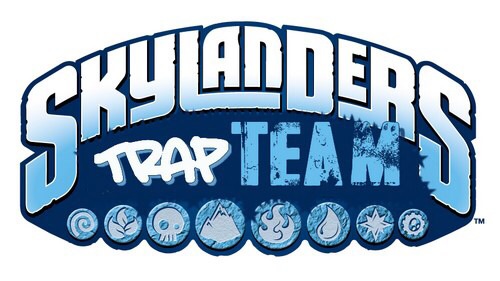 Skylanders: Swap ForceÂ has been a huge success and hasn’t even been released that long. The team at Activision are always thinking up new ways to bring sky landers two kids and adults alike. InÂ Skylanders: Swap ForceÂ you have the ability to mix-and-match your team in order to make different variables of powers and attacks giving you more options and increasing the amount of creativity.

It looks like in this newest title Skanders: Trap TeamÂ we will seeÂ 60 new characters with a great new style of game play. You will have the Pokemon like ability to trap and capture villains by using a real physical trap toy. A lot of kids these days have missed out on the excitement and craziness that was Pokemon and for most of them it isnâ€™t interesting. Activision does an excellent job of bringing the essence of Pokemon and modern technology to the kids by making it possible for toys to come to life in their top selling game.

Check out the newest trailer here:Â

With a set release date of October 5th, 2014 we expect to see the new series fly off the shelfs. Bringing toys to life in video games allows kids to enter another reality and turn on their creative side. Some people say video games can be bad but Skylanders is reaching out to kids in the best way. Increasing creativity, teamwork, and confirming that being the good guy is always the way to go.

What do you think of the new gameplay and idea from Activision? For more news like this stay tuned to SpawnFirst.

Avid hockey fan & lover of the Chicago Blackhawks. Most of my time, when I am not trying to figure out who Tyler Perry is, I am gaming, working, learning, watching hockey, or spending the day with loved ones. I believe in greatness from small beginnings. PSN: http://psnprofiles.com/darlingharbour
You might also like
ActivisionpokemonSkylanders