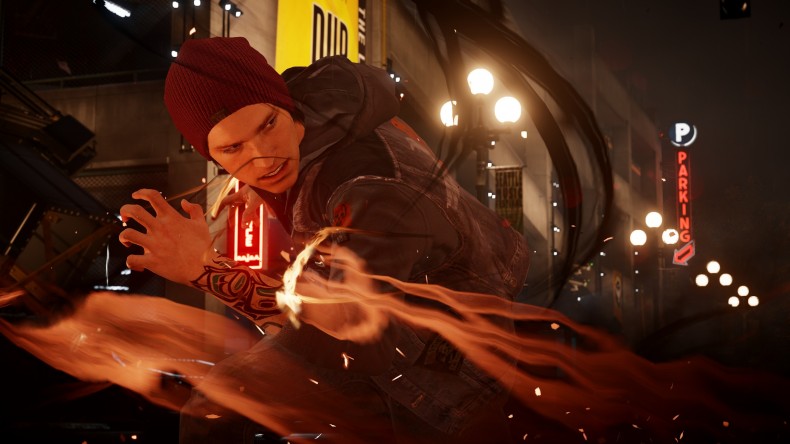 In a post on the developer’s Facebook page, Sucker Punch Productions has spoken out against people leaking footage of the studio’s upcoming open world game, Infamous: Second Son.

“Everyone here at Sucker Punch is extremely excited about inFAMOUS Second Son hitting stores on Friday, March 21st, but we’re a little disappointed that people are releasing unauthorized footage of the game online before it officially launches. Weâ€™ve all worked really hard over the last two years to not let any spoilers slip. We want to keep some of the most enjoyable moments of the game a secret for fans to experience first-hand when the game comes out. We think the game is a lot more fun to play when you donâ€™t know whatâ€™s coming next–when you experience the thrill of an unexpected twist in the plot, or get to enjoy a new super power you’d never dreamed of.

We really appreciate how excited everyone is to actually play the game, and weâ€™re just as excited for you, because we think Second Son is awesome and we think youâ€™re going to love it. So please, we kindly ask that you join us in helping ensure everyone gets to experience the game for themselves on launch day. We’d really appreciate you refraining from forwarding links around, and please, please, please donâ€™t post spoiler footage if you have an unauthorized early copy.”

Sucker Punch’s plea that users not post footage of the game prior to release comes after players leaked video of the game after receiving early copies from retailers that mistakenly broke the game’s street date.

Infamous: Second SonÂ  will be released exclusively on PlayStation 4 on March 21st.

In the meantime, check out our theories about what Sucker Punch might be hiding about Second Son .