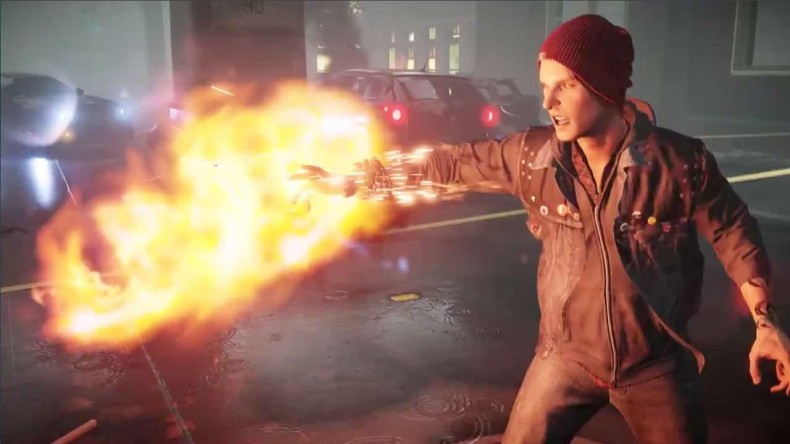 Infamous: Second SonÂ  releases tomorrow and like most games these days, it will have a day one patch of around 300 mb.

But alongside the standard fixes the patch will include, it will also include over five hours of gameplay not on the disc.

The additional content will include not only the Cole’s Legacy DLC that is free to players that pre-ordered Second Son , but will begin a series of sidequests related to the Paper TrailÂ  storyline.

Sucker Punch describes Paper TrailÂ  as an “innovative online and in-game story arc” that will delve into the backstory of the Department of Unified Protection, the antagonist organization of Second Son .

Paper TrailÂ  will be connected to www.enjoyyourpower.com, the site Sucker Punch used in creating a meta game for Second Son , through which players will be able to access new content for the six weeks following the game’s release.