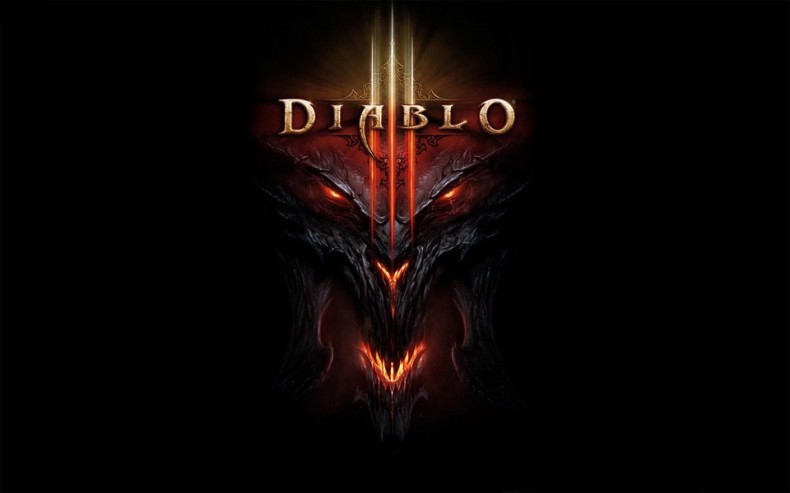 The hack and slash gameplay is just as fun and addictive as it ever was; Playing with other people is a blast; The controller layout is great; No more auction houses or DRM; The game is fully intact on consoles; The soundtrack is one of the finest to ever grace a game

Managing loot can be an annoyance; Character models are a little unsightly

Diablo III is a must-play, must-purchase, must-recommend-to-every-human-being-within-earshot game. Experiences like it don't come around often, and when they do they must be celebrated.

I Want It All and I Want It Now

Hey, rememberÂ Baldur’s GateÂ and its sequel,Â Shadows of Amn? Remember how awesome those games were? I do. I also remember whenÂ Baldur’s Gate: Dark AllianceÂ was announced, and how a lot of people were complaining because it was only for consoles. Then it andÂ Dark Alliance IIÂ released and both of them were pretty good. Well, nowÂ DiabloÂ has been given a chance to thrive again on consoles withÂ Diablo III, and guess what? It’s really damn fantastic and proves the doubters wrong.

In the opening cutscene Deckard Cain, returning from the first two games, and his niece Leah are studying books that contain details about a prophecy. That prophecy is the backbone of the entire story ofÂ Diablo III. As a longtime fan of the series I found the story easy enough to follow, though I’ve been reading wikis since I was a child. I can see how other people might be confused by it. It’s high fantasy, filled with characters shouting things like “That was a worthy foe!” and “You will never defeat me!” in an attempt to sound…tough and cool, I suppose. It’s a completely serviceable narrative that never gets in the way of what really matters.

The core gameplay in the console version ofÂ Diablo IIIÂ is identical to that of its PC counterpart. Spamming attack buttons until enemies fall and then collecting loot from their corpses is still the name of the game. The only difference is that the console version was of course created for controller usage. The controls are splendid. One analogue stick is used to control the player’s chosen character and the other is used to dodge. Attacks are mapped to triggers and face buttons. It all feels very natural, which for some reason translates to “casual” for some of the more asshole-y PC gamers out there.

The console version isn’t some dumbed-down port. Everything that madeÂ Diablo IIIÂ great in the first place is still there. The entire experience is still intact. The campaign contains all the same quests. The environments, including the dungeons, are all exactly the same. Blizzard spent over a year making sure they got everything right, and it shows.

However, it isn’t without omissions, but it’s not like anyone will miss the two components that were removed. The stupid auction houses are gone. They were a chore and a bore, and even Jay Wilson, the game’s director, admitted they were a mistake. Not only do players not have to deal with them anymore, but the complete lack of them means better loot in the regular game. Also gone in the console version is the always-online requirement, which caused a lot controversy in the past because of major server issues. The removal of the DRM policy is a blessing for players like me who don’t have a reliable Internet connection.

For a slightly different perspective, check out SlasherJPCâ€™s thoughts about the game on his Diablo 3 Video Review, where he scores the Xbox 360 version a perfect 10 out of 10!
The main attraction of anyÂ DiabloÂ game, the “coup de grÃ¢ce to boredom”, if you will, is that they’re just so damn fun. They are inexplicably addicting. The combat is not especially deep, but it is somehow transcendent of that of other, similar games. Nobody plays a Blizzard creation for a few minutes and then stops (except maybe The Death and Return of Superman, but let’s not go there). Their games are designed to be played for hours on end. Diablo IIIÂ is almost impossible to put aside at all.

Four-player online and couch co-op options are available. I prefer playing games alone, but I had a blast playing with others online and with my cousin. Finding games online is extremely easy. Even LAN play is built into the console version, which is strange, but kind of cool.Â Diablo IIIÂ remains an amazing game no matter how anyone chooses to experience it, but kudos to Blizzard for providing something for everyone. 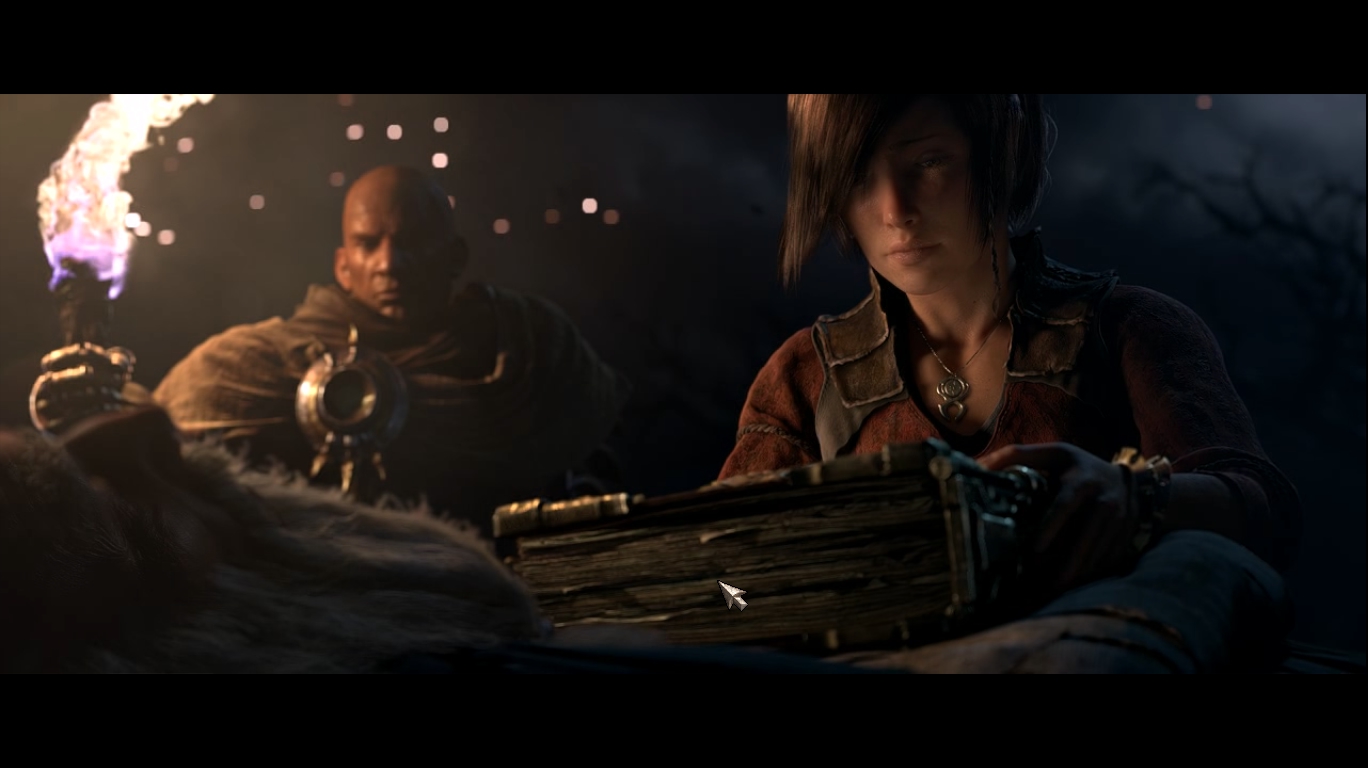 The cutscenes are really beautiful.

The art style inÂ Diablo IIIÂ is interesting, but not especially appealing or particularly memorable. The physics and spells and whatnot are all striking, but the small character models lack detail. However, the cutscenes are stunning and rank among the best ever. I literally gasped during the game’s opening cinematic. I played the PlayStation 3 version for this review, and it retained about the same visual clarity as its PC brethren. It’d be dogmatic of me to imply that it looks better, but the framerate never dropped for a second while I was playing, and I didn’t encounter any bugs.

Diablo III‘s music is atmosphere, haunting and outright exquisite. The score was performed by a full orchestra, but several different layers of melodies combine to create one of the best video game soundtracks ever. A different track plays in each individual area of the game, and they all just plain fit. This is the type of music that causes players’ palms to become sweaty and makes them feel as if they can take on the world. It’s the sort of soundtrack that deserves to be purchased separate of the game it’s included in.

I only have one real issue withÂ Diablo III. The inventory redesign is a bit sloppy. The radial menu used to select different categories was a little irritating as I sometimes selected things I didn’t mean to. Comparing items can begin to feel like a bit of a annoyance, especially when the really good loot starts pouring in as the game progresses. The amount of time spent in shops has been cut down, but loot management is still a must. A more convenient way to do that managing would be nice. Diablo IIIÂ is a must-play, must-purchase, must-recommend-to-every-human-being-within-earshot game. Experiences like it don’t come around often, and when they do they must be celebrated. It was a great game when it released last year, but now even more people have a chance to experience one of the best RPGs ever created. It all really boils down to a choice between a keyboard and mouse or a controller. Either way, playÂ Diablo III. It’s incredible.

Features Editor Buddy was a journalism major at the University of Alabama. He now spends his days writing novels that will probably never get published and wishing he were an extra in an Anthony Hopkins film. He's been gaming since he can remember and has owned every console from the NES to the TurboGrafx-16 to, yes, even the Phillips CD-i. He loves all games, but his favorite genres are shooters and RPGs. His favorite game is The Legend of Zelda: Ocarina of Time.
You might also like
BlizzarddiabloDiablo 3