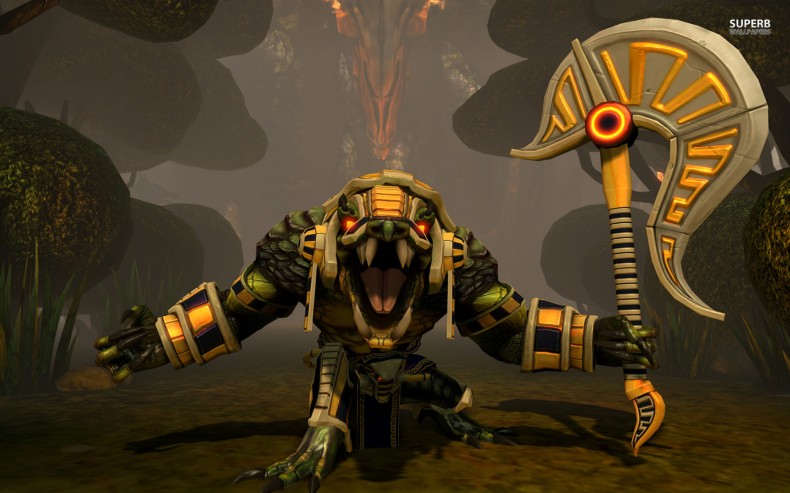 Smite, the long time free beta from Hi-Rez Studio, has officially launched today in North America and Europe. Smite has been in beta since 2012 and is launching alongside an exciting tournament being held in Atlanta. They have also listed out a bunch of cool stats about the beta, ranging from the 1.1 Billion total player kills or the 1,000 collective years we have spent waiting on our Gods to respawn. Â You can see their new cinematic teaser below.

MOBAs, or multiplayer online battle arenas, are rapidly increasing in popularity. From DotA to League of Legends, MOBAs have hit the mainstream. Then enter Smite which has set out to be the most accessible MOBA on the market. It differs from other games mostly with it’s third person perspective and the ability to have your characters auto build/level. These seemingly small, but significant differences make Smite easier for newcomers to get wrap their heads around, whether it’s the third person perspective easing the transition for console gamers, or the auto build making it easier to jump right in and focus on the battle. Even I’ve been sucked into the MOBA craze, playing as either Neith, Freya or Artemis.

Smite has a lot to offer the already flourishing genre whether you are a MOBA veteran or just an interested gamer on the outside looking in. The launch is a great chance to jump on board.

Contributor John is a third year journalism major and a fifth year policy debater, but gaming is his passion. He firmly believes that the PS2 is the finest console ever made and will defend to the death that playing Pokemon is not and never was lame. He owns every current gen console and is excited for the advent of the PS4 and Xbox One. He enjoys action-adventure and survival horror, but can hold his own in a discussion about nearly any genre. He listens to a surprising amount of alternative music and can fix a mean bowl of Frosted Flakes.
You might also like
AnnouncementsBetafree