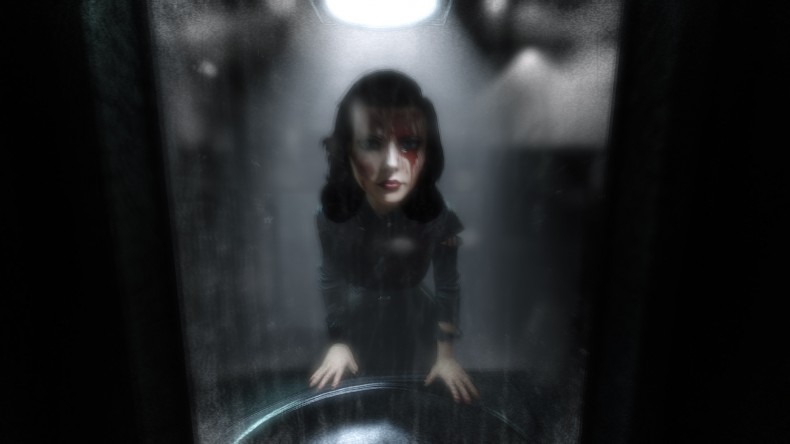 The stealth-based gameplay is simple and fun; The story is a treat for BioShock fans

Some elements in the story are still a little convoluted; Enemy AI can be spotty at times

BioShock Infinite: Burial at Sea - Episode 2 is an obvious dedication to fans of the original game, though it does take Elizabeth back to Columbia for a little while. It's meant as closure, and in that sense it works magnificently.

Will the Circle Be Unbroken?

Irrational Games shut down on Feb. 28, 2014. I was sad. I cried. The originalÂ BioShock Â is one of my favorite games; I will always, always remember it and how I felt playing it. ThoughÂ BioShock Infinite Â did stir up a lot of controversy, I thought it was brilliant, but it didn’t even come close to touching on the first game. Columbia just did not appeal to me in the same way that Rapture did, which is why I was so excited to hear that Burial at Sea,Â Â the two-part DLC forÂ Infinite, Â would let me return to my favorite underwater city. The face is not an instantly recognizable one, but once he starts talking…

However, I found myself at a disconnect playingÂ Burial at Sea – Episode 1. Â I loved the opening moments of it, but then it was back to business as usual with the same combatÂ Infinite Â offered. I loved it in that game, but some things should just stay in the sky. The Rapture I know and love didn’t need skyhooks and alternate universes, and it certainly didn’t need an ending that’s more confusing than anything else in the entire series. Infinite Â had a head scratcher of an ending, but the conclusion ofÂ Burial at Sea – Episode 1 Â took the cake and deserved all of the “wtfs” ever.

But it did serve to effectively remove Booker DeWitt from the picture and replace him with Elizabeth, his far more interesting former sidekick.Â Burial at Sea – Episode 2 Â is a fantastic experience as a result. Elizabeth’s style is different than that of Jack, Project Delta, and Booker’s, which means that Irrational succeeded in making everyÂ BioShock Â protagonist feel unique. The story in the second part of the DLC is an obvious dedication to fans of the original game, though it does take Elizabeth back to Columbia for a little while. It’s meant as closure, and in that sense it works magnificently.

Elizabeth doesn’t rely on brute force to take down enemies, though she is more than capable of taking care of herself if it comes to that. Unlike Booker, she doesn’t think she has to murder to progress. She’s given only a crossbow with knockout bolts initially and every bit of combat in the game is based on stealth. The stealth gameplay works well enough; it’s kind of likeÂ Dishonored, Â but simpler. Elizabeth can sneak around rooms and knock enemies unconscious with her skyhook. If an enemy spots her, she must stun them and hide or utilize her crossbow, which only holds three of both types of bolts (Elizabeth gains a new bolt type later on). Enemy encounters become unsurprisingly more difficult over the course of the game. The number of enemies starts to increase. Big Daddies make their way into the picture. Issues begin to surface as some enemies don’t even notice Elizabeth even when she’s directly in front of them, and some spot her even when she’s clearly hidden. These instances are annoying when they happen, but they’re not common enough to drag the game down.

While the game is built with stealth in mind, Elizabeth does gain three weapons that Booker had as well and they can be used as fatal alternatives to the crossbow and skyhook. However, Elizabeth doesn’t have shield like Booker did and is downed by only a few hits. I didn’t kill one creature in my playthrough, but the option is in place for anyone who wishes to do so. I viewed it as a disservice to the character of Elizabeth.

But the story inÂ Burial at Sea – Episode 2 Â absolutely pays respect to Elizabeth and everythingÂ BioShock Â is about as well. Some of it is convoluted, sure. I think Ken Levine kind of wrote himself into a corner with the multiple universes angle, butÂ Burial at Sea – Episode 2 Â is mainly concerned with farewells. It begins and ends with shocking revelations. It adds to the lore of the other games and ties the original andÂ Infinite Â together in ways I wasn’t expecting.Â In typicalÂ BioShock Â fashion, audio logs and voxophones are scattered everywhere that provide a few more details about Rapture and Columbia.Â Familiar faces show up out of nowhere.Â It’s a story written with fans in mind and they are going to love it.

Farewell Rapture and Columbia. Goodbye Jack, Project Delta, Booker, and Elizabeth. Maybe I’ll see you all again some day. If I don’t, well, I’ll always have my fond memories.Â Burial at Sea – Episode 2 Â paid homage to those memories and delivered a narrative that wasn’t exactly what I was expecting, but was exactly what I wanted. It satisfied me as a fan and wrapped up this beautiful gift that Irrational delivered with a nice little bow. The circle remains unbroken.

Features Editor Buddy was a journalism major at the University of Alabama. He now spends his days writing novels that will probably never get published and wishing he were an extra in an Anthony Hopkins film. He's been gaming since he can remember and has owned every console from the NES to the TurboGrafx-16 to, yes, even the Phillips CD-i. He loves all games, but his favorite genres are shooters and RPGs. His favorite game is The Legend of Zelda: Ocarina of Time.
You might also like
bioshock infiniteBurial at Seacolumbia