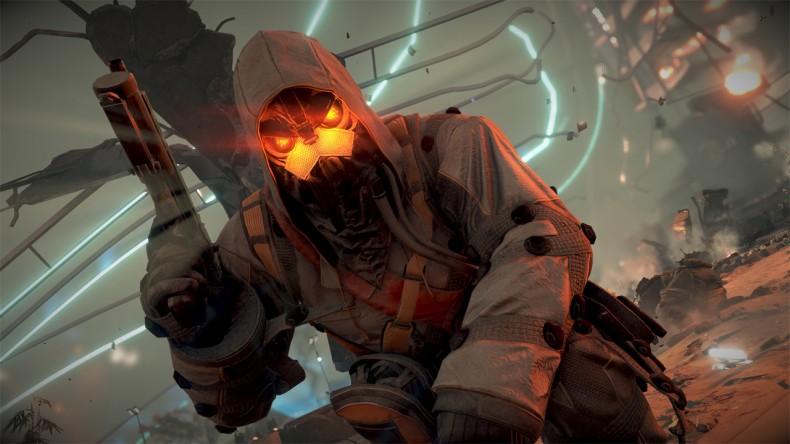 Oh boy. It seems Polygon is at it again with their bias. We previously reported that their review score of The Last of Us was lower than it deserved, and it seems theyâ€™ve done it again except, this time, itâ€™s an even lower score for a game that has similarly high expectations like The Last of Us – weâ€™re talking about their review for Killzone: Shadow Fall.

The Last of Us, scoring it a 7.5/10, but with Killzone: Shadow Fall receiving a 5, that uproar will now reach epic proportions. Having reviewed games myself, I understand the fact that we wonâ€™t enjoy all the games that we come across. However, as a reviewer, we have an obligation to the reader to post both the good and the bad about the game; to be as objective about the subject matter as we can, even though reviews by nature are somewhat subjective. Unfortunately, Arthur Gies doesnâ€™t follow this cardinal rule in his review. It is literally just an essay of him completely ragging on Killzone: Shadow Fall which just seems to me, like giving the reviewing reigns to a Microsoft fanboy and letting him willingly and blatantly attack the game.

Letâ€™s get this minor point out of the way; if any of you have heard the episodes of The SpawnCast that Iâ€™ve been featured in, youâ€™d know that Iâ€™m a diehard PlayStation fan. With that said, Iâ€™ll admit some of my disgust with this review stems from my preference of said console. However, the majority of my disgust comes from the huge portion of myself that I consider is an unbiased gamer. To be clear, this isnâ€™t an issue solely because Iâ€™m a PlayStation fan. Itâ€™s an issue because Iâ€™m a gamer at heart. Some of you may know that I have reviewed Dead or Alive 5: Ultimate on the Xbox 360 and I didnâ€™t slander it to the point Mr. Gies does to Killzone: Shadow Fall in his review.

Â  Reviews are written to relay the positives and negatives of a game. I can respect the fact that maybe he truly didnâ€™t enjoy the game, but some of his points seem to come from an extremely tilted view. We also mustnâ€™t forget the fact that Polygon was initially funded by Microsoft with a head-swiveling amount in the area of $700,000. Make of that what you will, but this fact makes the consistent bias against Sony seem all the more plausible. What makes this review look worse is the score it received from other sites. IGNÂ gave it an 8, Eurogamer gave it a 7, GameTrailers gave it an 8.8, and the current average Metacritic score of the game is a 74/100. The odds are just too stacked against Mr. Gies and the partiality is clear. Thereâ€™s no justifiable reason to score the game so poorly. It might not be the best but, letâ€™s face it â€“ itâ€™s nowhere near as bad as Duke Nukem Forever. The game was unjustly scored and we can fairly assess as to why this is a trend at Polygon.

Update: Check out a damning pre-review tweet from Arthur Gies. It tells us much about his views on the Killzone series

Former Editor-in-Chief Angie has a passion for gaming. She has never been able to put the controller down since first picking up an SNES controller at the age of 3. She loves researching anything gaming related and talking games amongst her friends.
You might also like
Killzone: Shadow FallArticles